Alex Haunty's Theater and Arts Fund, Inc. is a non-profit organization that exists to promote access to the arts for adults with disabilities. Every year since 2011 I have taken friends from Middleton high school's transition program, Cutting Edge program at Edgewood College and the Best Buddies Wisconsin program to see Broadway shows at the Overture Center. in Madison WI. I put checks from my speaking engagements and selling art at my art shows toward the fund.

In 2011, I received an " I See You" Award from the Zieman Corporation of WI because of my involvement with Best Buddies at Middleton High School. 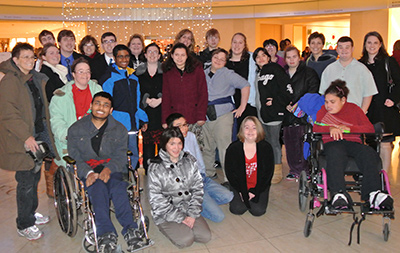 Best Buddies is an organization dedicated to one-on-one friendships with people with intellectual and developmental disabilities. With the award money I created the Alex Haunty's Theatre & Arts Fund so my classmates with

special needs could have access to the arts like I have had. The article from the Middleton Times newspaper shows last years event when I took my friends to Beauty and the Beast.

In 2012, I had my first ever art exhibition. I had the idea to use my art to raise money for my theater arts fund so I could take my friends to see Mary Poppins.

Fifty percent of the proceeds from my art show and its products went toward this fund so I can share my love of the arts with my friends. 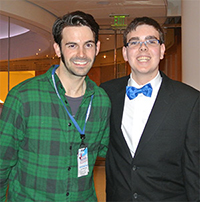 With the money I made from selling art and cards I took 65 of my friends from "Best Buddies" of Middleton Highschool to see Mary Poppins at the Overture Center for Arts in Madison, WI.

It was alot of fun and I got to meet "Bert" (Con O'Shea-Creal) personally after the show. He's my favorite character from the play!

In 2013, I took 36 friends with the "Cutting Edge" program from Edgewood College, including classmates, teachers and new supporters, to see Sister Act at the Overture Center. 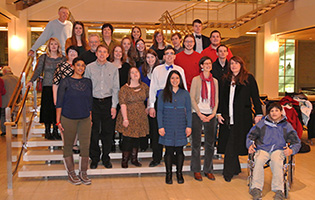 2014, Joseph and the Amazing Technicolor Dreamcoat

In November 2014 I took 64 people from Middleton's Transiton program, from the Cutting Edge program, and some AHTAFI encouragers to Joseph and the Amazing Technicolor Dream Coat. 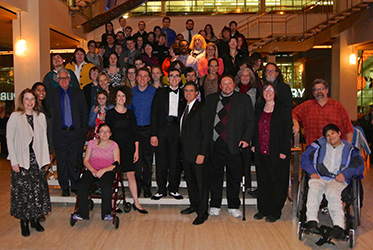 My friends that from the Cutting Edge program really liked it and had a blast. One of them told me that it was the best musical ever. I had a blast too. When the music started playing it felt to me like you were seeing it on Broadway in New York. 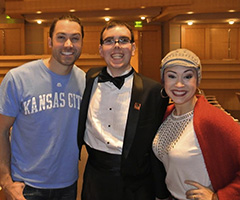