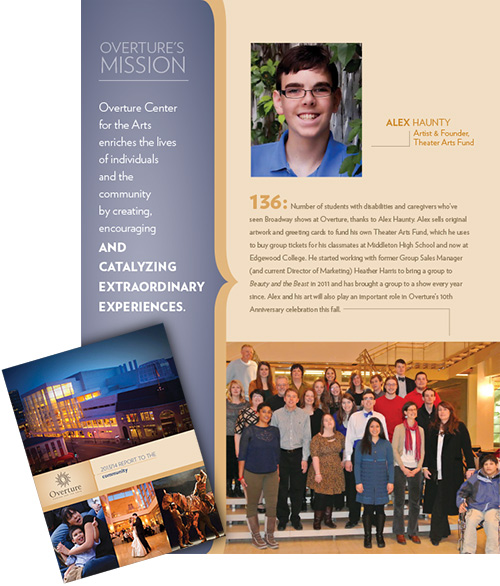 Alex is featured in the Overture Center 2013 Annual Report

136: Number of students with disabilities and caregivers who’ve seen Broadway shows at Overture, thanks to Alex Haunty. Alex sells original artwork and greeting cards to fund his own Theater Arts Fund, which he uses to buy group tickets for his classmates at Middleton High School and now at Edgewood College. He started working with former Group Sales Manager (and current Director of Marketing) Heather Harris to bring a group to Beauty and the Beast in 2011 and has brought a group to a show every year since. Alex and his art will also play an important role in Overture’s 10th Anniversary celebration this fall.