The Star of Touring Broadway

Retiring Overture Center President and CEO Ted Dedee presented Alex the national "The Star of Touring Broadway" award by the Broadway League honoring those who support and enrich the Broadway Series in their hometowns. See video on YouTube 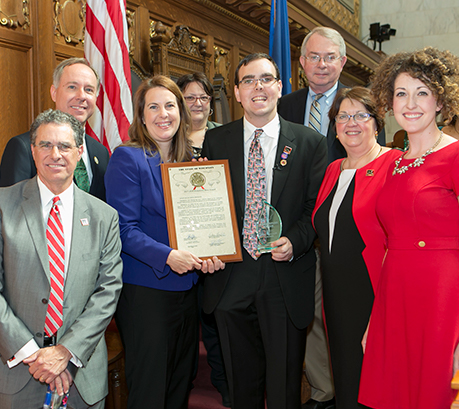 Alex was awarded the 2017 Hometown Hero Award by the Wisconsin State Assembly. Dianne Hesselbein nominated Alex saying "As an artist he has become a hero in our community by creating opportunities for others..."